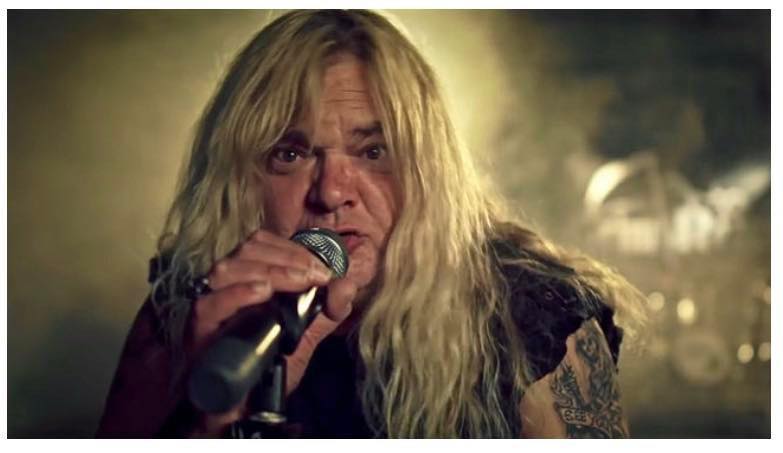 A TOP British heavy metal frontman has died suddenly and unexpectedly at the age of 62 according to his band. Following the news, rock fans and bands have paid tribute to the star.

“This is the hardest thing I’ve ever had to write but it’s with a heavy & shattered heart to say that my beloved Steve died suddenly & unexpectedly on Monday 15th August,” his wife Millie wrote on Facebook.

The post added: “The family appreciate all the messages we’ve had so far but ask that you allow us to morn.”

Steve’s brother Mark Grimmett wrote: “I don’t really know where to start so I guess I will just come right out with it. It is with great sadness and a very heavy heart that I have to tell you all as many of you know him my very talented brother Steve Grimmett very sadly passed away today, my heart goes out to Millie his wife my Mum and Dad, Russell , Sami and Ethan. I will miss you more than words will ever say , love you bro xx”.

However, frontman Steve Grimmett remained the only constant member after joining the band in 1982. Due to legal reasons, the band was forced to change its name after reforming in 2006 and had since gone by Steve Grimmett’s Grim Reaper.

Grim Reaper were probably best known for the respective title tracks from their first three albums: See You in Hell (1983), Fear No Evil (1985) and Rock You to Hell (1987) after gaining notoriety in the 1990s for appearing on Beavis and Butt-Head.

Tributes flooded social media following the news of his death.

Rock writer KMan wrote: “R.I.P"
STEVE GRIMMETT – Grim Reaper/Onslaught/Lionsheart62! Another one gone! Grimmett’s vocal range was highly reknowned; Uniquely identifiable. One of the greats. A sad day for Metal. Condolences to his family. See you in hell, my friend. #SteveGrimmett #RIP #KMaN”

“Woke up this morning to the sad news that Steve Grimmett has passed away. Such a great vocalist and a big loss. So, I’m going to spend my morning cranking this classic. RIP Steve, I’ll always be sad that our gig in 2004 never happened. See you on the other side… #stevegrimmett” one person on Twitter wrote.
Another said: “Seriously. Grim Reaper’s Rock you to hell will continue to be one of the soundtracks of my life  RIP Steve Grimmett Best Metal Singer ”
Another said: “A singer I really like (TT) is very disappointing. I’ve been hooked since MOVEment’s store manager taught me about 12-3 years ago. Everything including the unfashionable jacket was a key point. RIP”
The Metal Voice wrote: “R.I.P. Steve Grimmett my friend for many years. You be missed. Your music will be missed. Your spirit will be missed. Your humour will be missed. You were kind, smart and a super nice person. I was hoping this was not true. Our condolences to the Grimmett family.”
“I’m so saddened since I learnt that Steve Grimmett passed away. A real hero with a magnificent voice. I feel honoured that I saw him live and had a brief chat with him when he played with his band in Athens back in 2009. R.I.P.” another wrote.

In January 2017 partway through the group’s five-week tour of South America, Grimmett infamously had had his right leg partially amputated following an infected wound on his foot that spread to the bones in his leg.

The news of Grimmett’s sudden and unexpected death comes after a top musician in South Africa passed away on the same day.